Michael has a lifelong passion for early Canadian history. At the age of seven, he began reenacting with his father, playing a “drummer boy” in the recreated King’s Royal Regiment of New York. As a teeneager, Michael worked as a costumed interpreter at Historic Fort York in Toronto and Historic Fort Henry in Kingston.

In 2007, Michael and his wife Andrea founded a Fife and Drum Corps called the Loyalist Fifes and Drums, which is based out of the Adolphustown UEL Park. Today the Fife and Drum Corps travels far and wide demonstrating the military music from the American Revolution and War of 1812 period.

Graduating from Ryerson University with a Bachelor of Commerce degree, he worked in corporate sales for ten years. in 2012, Michael returned to school to follow a calling to ministry in The United Church of Canada. He completed his Masters of Divinity degree at Queen’s University and is currently the Intern Minister at Selby Pastoral Charge located north of Napanee. 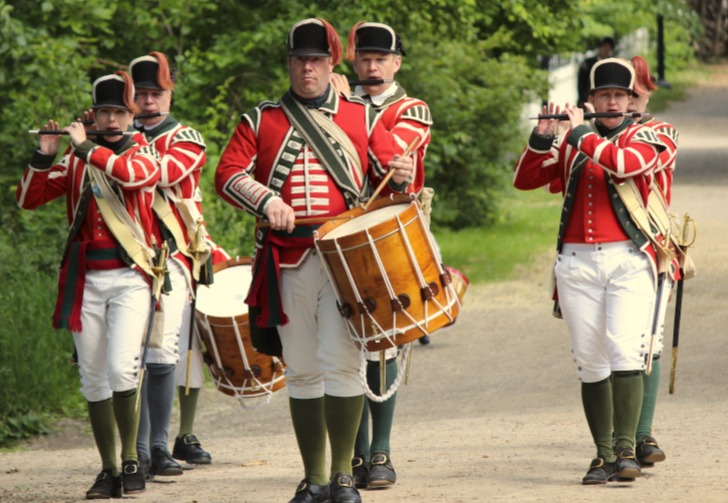